On 27-Jun-2015, NALCO members participated in the ARRL Field Day event, at our usual location on the UC Berkeley campus. NALCO has historically used Field Day principally as a mobilization exercise, and 2015 was no exception: members began collecting materials and supplies around 8am and by 10am had a 90' broadband HF antenna with 30' mast deployed in an inverted-V configuration; a UHF/VHF/6m antenna deployed; two operating positions established with battery power; some shelter from the sun; public outreach materials including some new banners for this year; and a few creature comforts for the operators. Once established and on the air, the important work of member projects began. This year's projects included: HF/ALE, VHF/Packet (WINLINK), HSMM (mesh), and APRS. We had visits from several members of the public, curious about what we were up to, plus a representative from at least one of our served agency clients.

A big Thank You! to our served agency client UC Berkeley Officer of Emergency Management for their generous support of this activity again this year. 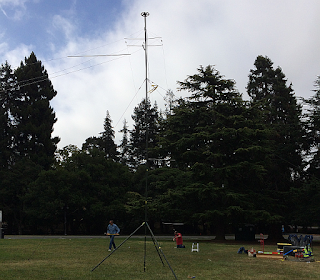 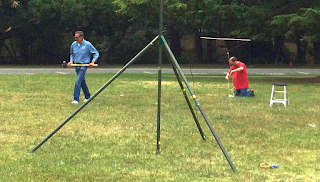 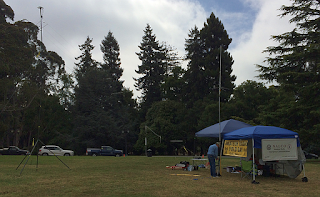 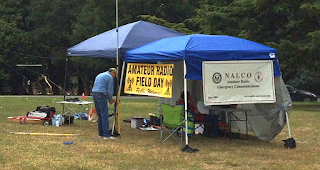